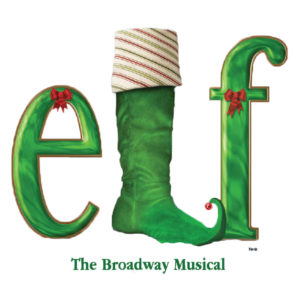 This Broadway musical is based on the PG-rated film and includes similar content. If you think the movie is inappropriate for your child, the musical is likely inappropriate, as well. The musical is suitable for all ages, but may be best enjoyed by those eight years and older.

“ELF The Musical” is the hilarious tale of Buddy, a young orphan child who mistakenly crawls into Santa’s bag of gifts and is transported back to the North Pole. Unaware that he is actually human, Buddy’s enormous size and poor toy-making abilities cause him to face the truth. With Santa’s permission, Buddy embarks on a journey to New York City to find his birth father, discover his true identity and help New York remember the true meaning of Christmas. 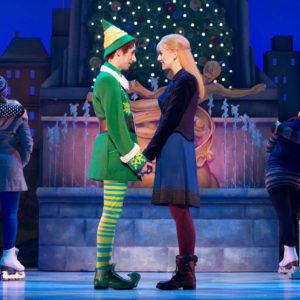 “ELF The Musical” encourages audiences to open their hearts and minds to the importance of our connections to one another, the need to balance expectations and disappointments, the struggle to establish a work-life balance and our own capacity to believe in the power of collective spirit and the magic of Christmastime.

Sam Scalamoni, director of “ELF The Musical,” was asked what he would like people to think about when they see the show:

“I want people to know the show is not just about Christmas. It’s about believing, having faith. The character of Buddy has tremendous faith in Santa and in the magic of Christmas. It’s hard for people to wrap their heads around having that kind of deep true faith in anything, today. Not faith in a religious way. Just believing in yourself and in other people. Believing that something special or magical is possible. I think that’s a great message! This production is about much more than Christmas.”

Christine Peters, set designer for “ELF The Musical,” tried to create a set that feels like a pop-up book.

BUY TICKETS FOR “ELF THE MUSICAL”