Parent Guide: The King and I

Posted on September 17, 2017 by Harmony Wheeler

“The King and I” is recommended for ages 8 and older.

Set in 1860s Bangkok, “The King and I” tells the story of the unconventional and tempestuous relationship that develops between the king of Siam and Anna Leonowens. Anna is a British schoolteacher whom the modernist King, in an imperialistic world, brings to Siam to teach his many wives and children.

“The King and I” chronicles a turning point in the history of Siam, now known as Thailand. In the early 1860s, the threat of western imperialism cast a shadow upon the country. King Mongkut needed to find a way for Siam to embrace modernity and take its place among the nations of the world while still honoring its traditions and maintaining its independence.

In 19th century Siamese culture, as in many other Asian cultures, it was customary for the king to have multiple wives and concubines. Part of this tradition sprung from the view that women held the lowest place in the family and the community. Generally, women were not educated or allowed to work outside the home. They were also seen as objects to be bought and sold.

From a political standpoint, it was advantageous for the king to have multiple wives, concubines and children. Siam’s many small settlements were spread throughout the country and were governed by local leaders. By marrying the daughters of the local leaders, the king could produce a suitable heir to the throne and bind the small settlements together. Reciprocally, the settlements provided the king with gifts in the form of natural resources, laborers and taxes. 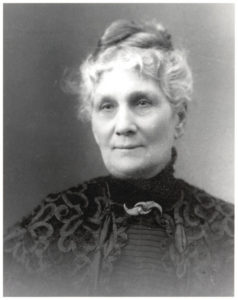 “The King and I” is based on the memoir of Anna Leonowens. The real Anna Leonowens was a multicultutal, multilingual woman who worked for King Mongkut of Siam from 1862 to 1867. She served the court as an educator and language secretary to the king for almost six years.

RESERVE YOUR SEATS FOR “THE KING AND I”

Questions? Comment below and we’ll answer as quickly and as best we can!