This week we begin our last leg of rehearsals for the 10th Anniversary Production of “A Christmas Carol.” It’s an extremely exciting time, taking our first steps on the set. It also marks the first time many will meet our new Ghost of Christmas Yet to Come. Every year our wonderful director, Troy Siebels, adds innovative changes to the show that keep us on our toes and breathe a newness to the timeless ghost story. Our 2017 production is no exception. 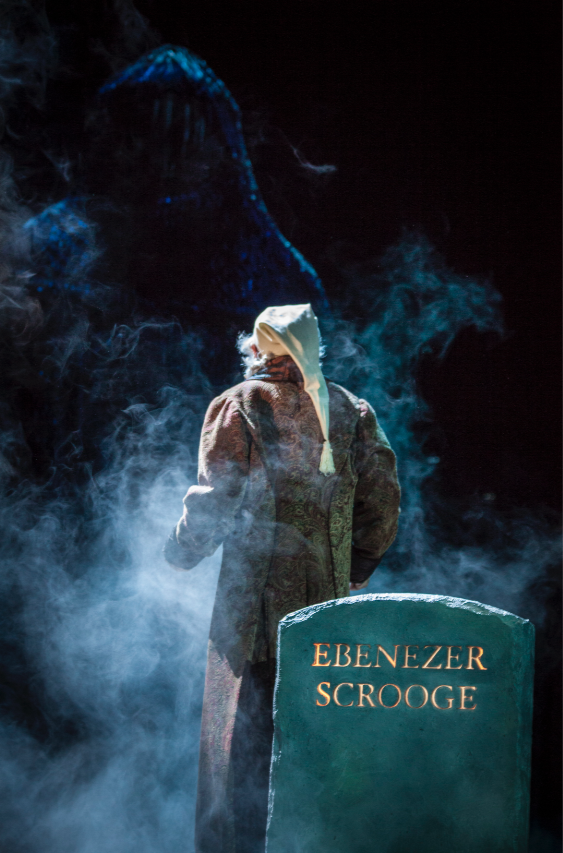 This year, The Hanover Theatre partnered with Worcester’s non-profit makerspace, Technocopia, to build the show a “new Future.” About a block behind the theatre is Technocopia’s 8,000+ square foot facility workspace, which includes a complete wood shop, computer lab, 3D printer, laser cutter and digital fabrication shop.

Technocopia’s founder, Kevin Harrington, is a graduate of Worcester Polytechnic Institute’s robotics engineering program and the designer of this year’s animatronic Ghost of Christmas Yet to Come.

“The audience instinctively expects an eight foot tall ghost figure to be a puppet,” Siebels said. “[This year] we wanted to be able to create life-like movement, which will make the figure feel other-worldy.”

“I have always been interested in animatronics and special effects,” Harrington said.  “As soon as I heard what the theatre wanted, I was eager to get right to work.”

AND he has been documenting the building on his YouTube Channel all along with the help of colleague Travis Duda. Check out this fun teaser they put together:

If there’s one thing that is clear to me, it’s that the process of creating this year’s Ghost of Christmas Yet to Come has truly been a team effort. Harrington mentioned that nearly every member of Technocopia helped with feedback for the final design. And at the moment he’s proudest of “the motion of the puppet because from a distance it looks like a real creature rather than a puppet. I could tell it was an effective illusion because when I went out with it on, people began looking at the head of the creature in the ‘eye’ rather than me.”

Spooky! For the past few weeks the ghost has been in possession of our award-winning costume design team, led by Gail Astrid Buckley and assisted by Ryan Goodwin. Many elements have been layered on, and I can’t wait to see the transformation! 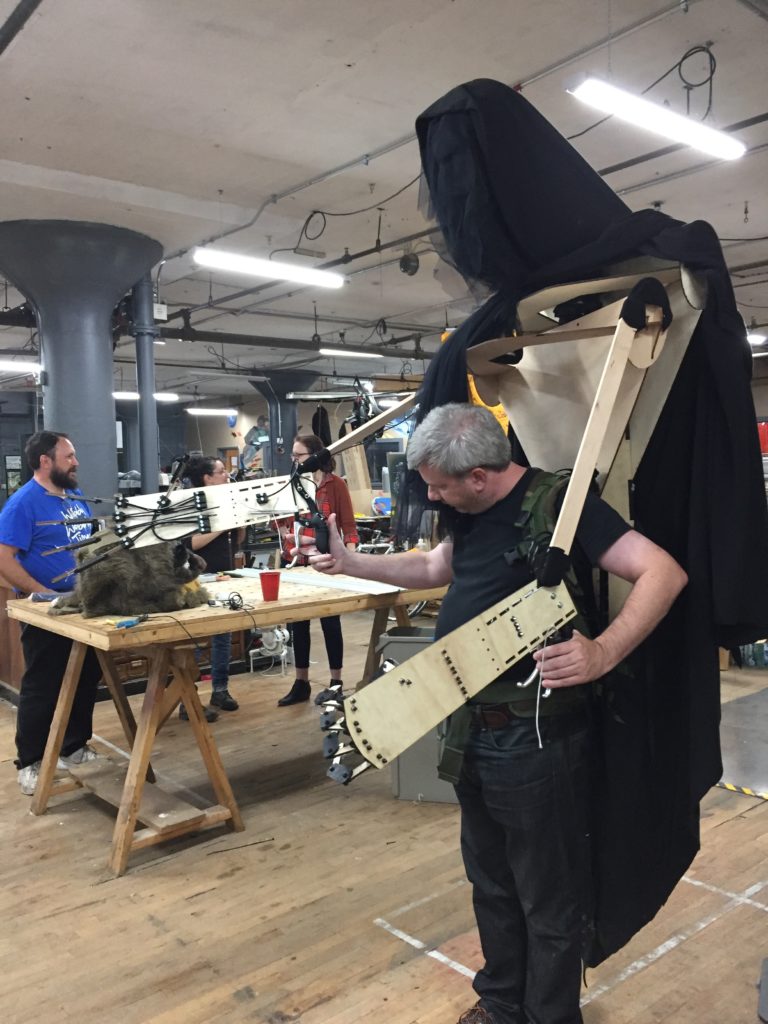 Someone who is even more excited to unite with the ghost is none other than my husband and fellow “A Christmas Carol” cast member, Steve Gagliastro. For the past four years he has operated the Ghost of Christmas Yet to Come in our production, but this is the first time he will work with animatronics. As a result, Siebels will be allowing “Gags” to spend some time rehearsing in front of a mirror to choreograph a few key moments before stepping onto the stage. Harrington will also be at the theatre to make any final adjustments.

Are you ready for a “new Future”? Purchase your tickets to see “A Christmas Carol.” Then let us know just how grim the “Future” truly looks!

This entry was posted in A Christmas Carol, Family-Friendly Shows, Features, Holidays in Worcester, Upcoming Shows. Bookmark the permalink.